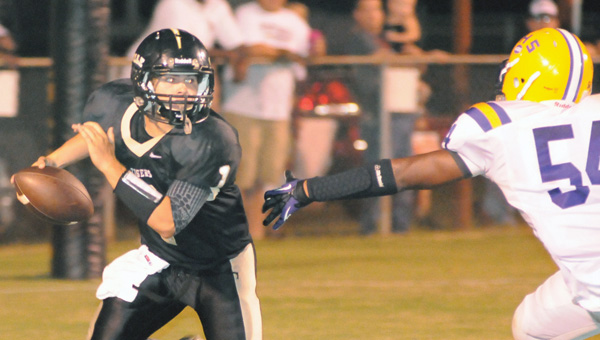 The Tigers and the Trojans are no longer region rivals, but the rivalry between the teams is far from dead.

“Troy is a big rival,” Greenville head coach Earnest Hill said. “In our region now we have a lot of long road trips, and it’s hard to develop a rivalry, but with Troy being so close and being a region opponent for so many years, that rivalry is still there. Our kids will be up for this game, and I’m sure theirs will be too.”

From 1984-95 and from 2000-07, Greenville and Charles Henderson competed in the same region, with the Tigers winning 12 of the 20 meetings between the teams. Greenville has won each of the last three meetings, including a 20-17 win last season.

Since then the Trojans have dropped from Class 5A to 4A.

“That classification doesn’t mean anything as far as we’re concerned,” Hill said. “Troy has a good team. They have a lot of kids that were on that team last year, and they play their tails off and they get after you. We’re going to have to make sure that we show up and play to give ourselves a chance to win.”

Greenville (2-2) and Charles Henderson (2-2) will face off at Veterans Memorial Stadium in Troy.