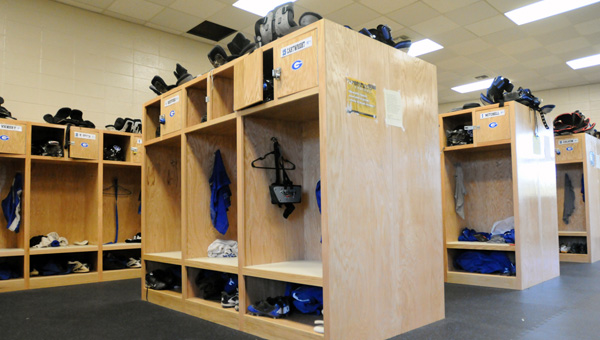 An approximately $36,000 renovation has given the Georgiana School football team first-class accommodations at Harmon Field.

The new space features coaches offices, a training room, a film room, storage areas, air conditioning and, of course, lockers for the players.

Georgiana had been using a metal building near one of the end zones at Harmon Field as its field house.

“It’s a huge step up for us,” Georgiana head coach David Watts said. “It’s an outstanding facility, and we’re proud to have it.”

Watts, who is in his second year as the Panthers’ head coach, said he hopes the new facility will lure more students to the football program. This season the Panthers have just 25 players on their roster.

In comparison, McKenzie School, which competes in the same classification as the Georgiana, has 42 players listed on its roster.

“We’re hoping that this will serve as a recruiting tool for us,” Watts said.

“Maybe if guys see this place, they’ll want to come out and play football.”

The Panthers moved into their new field house on Aug. 30, just one day before they opened the season at home against Ariton High School.