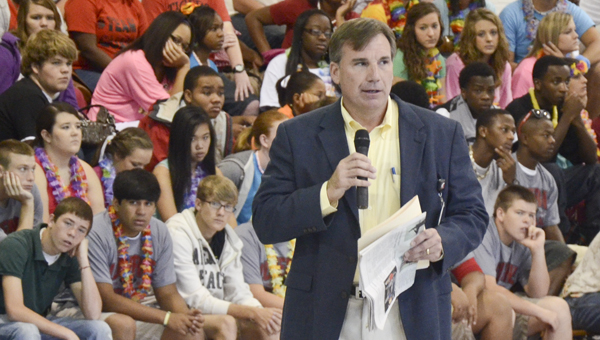 After more than a month of appeals, the State Department of Education agrees with the Crenshaw County Board of Education — Luverne School made AYP.

Superintendent Randy Wilkes made the announcement to the entire school at a special-called assembly Friday morning.

Wilkes said he learned about the change late Thursday night when he saw the updated results on the State Department’s AYP appeals web site, and he called Friday morning to confirm the change.

“Luverne School, you have made AYP,” Wilkes told the students and teachers, and the statement was met with a roar of applause.

When the AYP results were released in early August, Luverne was listed as having met 22 of its 23 goals, with the only deficient goal coming in the area of special education.

The results are dependent on the 2010-2011 graduation rate of special education students, and the State Department had Luverne listed at a zero percent graduation rate.

Wilkes disputed that figure, saying that Luverne had 91 percent graduation rate in that category and that the system had documentation to prove it.

“We’re very humbled by the opportunity the state has give us to make corrections,” he said. “What this does is confirm what we already knew. It’s more about validation for the students.”

Wilkes congratulated the students and administration during the assembly for their hard work last year.

“You had the highest test scores you’ve ever had,” he told them.

The Crenshaw County School System as a whole made AYP, but the change means that schools across the system met 100 percent of their goals — a combined 61 of 61.

“We’re proud of all our schools,” Wilkes said.

The revised score had not been posted to the public accountability section of the State Department’s web site as of 10:30 a.m. Friday morning, but Wilkes provided an updated school status report from the AYP appeals site, which can be seen by clicking here. 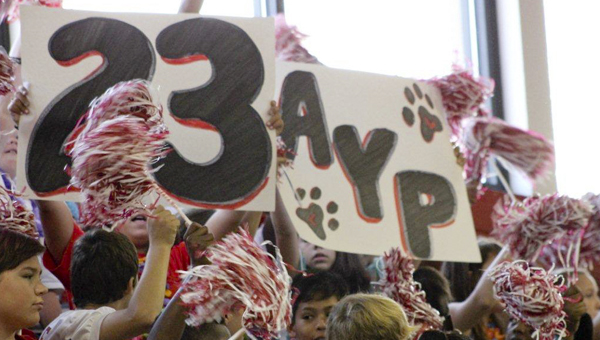