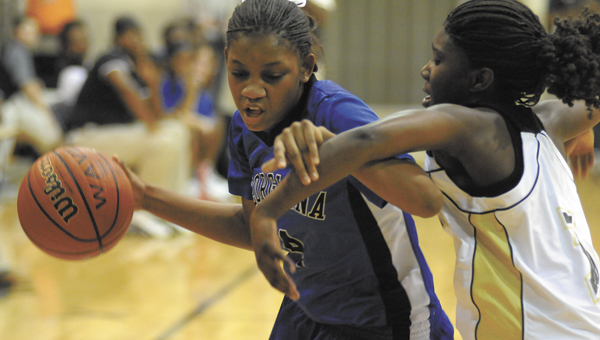 Greenville High School put its foot on the gas early and never let up en route to a 56-16 win against in-county rival Georgiana School Friday night in Greenville.

“Us getting off to a quick start set the tone for the rest of the game,” Greenville High School head coach Jacqueline Tate said. “I told the girls if they worked hard from the start of the game and the entire first period, we would put them away and the game would be ours.”

In the game’s openings stanza, the Lady Tigers used a ferocious full-court press to build a 15-1 lead and seize control of the game.

“The key to our success in the first period was executing our full-court press,” Tate said.

Greenville extended its lead in the second period by outpacing the Lady Panthers 11-3 to take a 26-4 lead into the break.

“I think there was plenty of extra motivation to play against Georgiana,” Tate said. “It was an in-county rivalry game, which is huge. Both schools want the bragging rights of beating each other.”