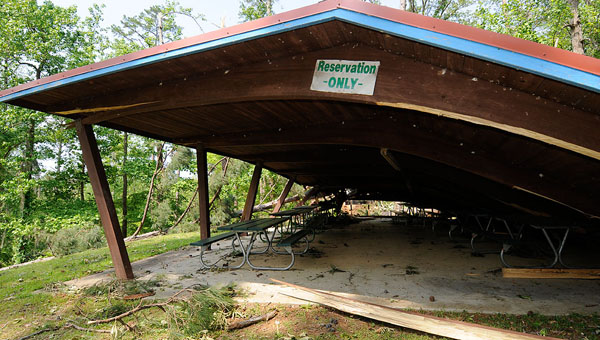 Three tornado sirens are spread across Butler County to warn the community for severe weather.

However, Butler County Emergency Management Agency Director Shirley Sandy wants more. She is trying to not only get additional sirens to warn Butler County citizens of an approaching tornado, but also to create a more elaborate siren system.

“From what I’ve found, we have one out by the interstate near exit 130, we have one at  (Greenville’s) City Hall on the rooftop and we have one in Georgiana at City Hall,” Sandy said.

According to Sandy, E-911 sets the sirens off when the weather radios are triggered.

Back in October, Sandy applied for a Hazard Mitigation Grant that asked for two or three more sirens in the county as well as 16-18 individual shelters.

Currently, the sirens are based on countywide alarms, meaning if there is any part of the county that falls in the polygon with the tornado warning, all sirens in the county are set off.

Sandy said she is trying to look into getting a more elaborate siren system.

“It’s based on the polygon,” she said. “If you have this section of the county that has a warning going over it, you can set those sirens off for that polygon.”

However, Sandy said it might be a while before the county has such a system. She is looking into grants and is trying to gather all of the information that goes into installing those systems.

“Butler County has a way to go,” Sandy said. “We’ll get it going but it’s just going to take time. That’s not going to happen over night.”

As for the grant that was applied for, Sandy said she has not heard back yet.

“They’ve already approved some in the state but you had the whole state applying,” Sandy said. “We’re doing everything we can to prepare this county.”