Hall of Famer to speak to UA alumni 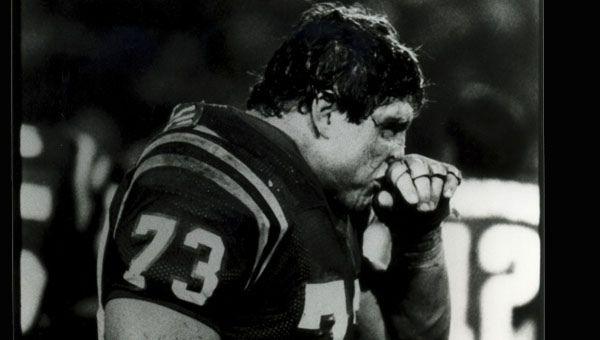 The meeting is scheduled for Tuesday, and will be held at the Greenville-Butler County Public Library Pavilion. A social hour will begin at 5:30 p.m. with dinner set for 6:30 p.m. Hannah will speak following dinner.

Tickets for the event are $25 for adults and $10 for high school students. The fee will cover the steak dinner that will be served.

Those who attend will have the opportunity to hear from one of Alabama’s all-time greats. While playing for the Crimson Tide, Hannah was a two-time All-America selection. He played both guard and tackle for the Tide before being drafted by the New England Patriots in the first round of the 1973 NFL Draft.

The Albertville, Ala., native was a 10-time All-Pro selection, who competed in nine Pro Bowls and was inducted into the NFL Hall of Fame in 1991.

The event isn’t limited to University of Alabama alumni.

“We want it to be a family affair, and we want to it to be anybody who likes football, likes Alabama football and fans,” Chapter President William Davis said. “It doesn’t have to be an alumni. It’s whoever is interested in coming.”

The deadline to purchase tickets is Monday.

“Last year we had about 110 people so I’m planning on 125,” Davis said. “Some folks will just show up at the door and if they do, we’ll try to accommodate on them, but it would be nice if they just let me or Sue Arnold know so that we can plan for the meal and seating arrangements.”

Along with hearing from Hannah, the chapter will be announcing a new scholarship for Butler County students that night, Davis said.

In case of inclement weather, the event will be moved to the Wendell Mitchell Conference Center at LBW Community College.