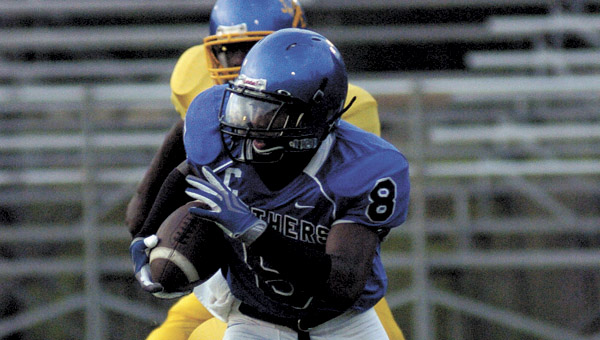 On Thursday, the towns will collide when McKenzie School makes the short drive to Georgiana School for a Class 1A, Region 2 showdown.

“This is a big deal,” Georgiana head coach David Watts said. “Anytime you play a region game it’s a big deal, and especially when it’s a rivalry game.”

McKenzie head coach Miles Brown said the proximity of the two schools adds another dimension to the rivalry.

“Everyone knows each other,” Brown said. “These folks see each other all the time, and I think that really makes for a strong rivalry.”

Georgiana owns a 26-15 edge in the rivalry, which dates back to 1927. McKenzie topped the Panthers 72-6 in last season’s showdown for its third straight win.

“This game is about bragging rights,” Watts said. “We’ve been on the wrong end of things for the last several years, and we hope to get that rectified.”

While both coaches expect a large crowd and added excitement surrounding the game, both are quick to point out that once the ball is kicked off, it’s a game just like any other.

“We can’t get too caught up in all the other stuff surrounding the game,” Brown said. “This is still a region game that we need to win and to do that we have to make sure we stay focused.”

Watts agreed, but pointed out that keeping a team focused with so many outside distractions is a challenge.

“It’s a double-edged sword,” the first-year head coach said. “You hope it help motivates the kids, but you don’t want them to be too caught up in all the stuff surrounding the game. All that emotion may impact the first couple of plays, but after that we’re going to settle in and play a football game and none of that other stuff is going to matter.”

On paper, McKenzie appears to be a clear favorite, but Brown is quick to point out the game will not be played on paper.

“Georgiana is a better team than what their record shows,” Brown said. “They have played some stiff competition. They have a lot of team speed, especially on defense. They move well to the ball and offensively they have a lot of weapons. We’re going to have to come out and play all four quarters to have a chance to win.”

“McKenzie is a well-coached team ad they do what they do well,” he said. “They make a lot of big plays, especially early in the game, so if we’re going to have a chance to win we are going to have to weather the storm early.”

Kickoff for Thursday night’s showdown is set for 7 p.m.