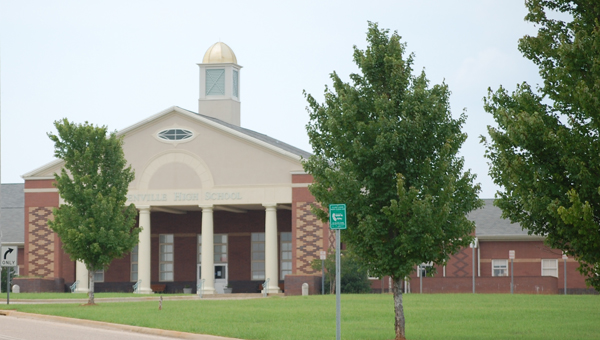 The Greenville City Council approved a study on the feasibility of a city school system. Greenville’s public schools are part of the Butler County School District. Four of the district’s six schools are in Greenville. (Advocate Staff/Andy Brown)

The city of Greenville will pay $43,500 for a study on the feasibility of a municipal school system. The plan was approved at the City Council’s July 11 meeting.

The council has considered the possibility of creating a city school system “through the years,” according to the resolution approving the study.

“The City Council recognizes the importance of quality education for the children of this community and the impact a quality education program, or lack thereof, has on a community’s future and its ability to prosper, grow and recruit industry and economic development that subsequently provide jobs for the community,” the resolution reads.

The study will be performed by Birmingham-based Construction Program Management in association with Jolly Educational Consulting. It will take an estimated 90-120 days to complete, according to a letter from CPM President Tim Coker to Greenville Mayor Dexter McLendon.

“This is just a feasibility study,” McLendon said at Monday’s meeting. “You couldn’t answer a lot of the questions you may have, and I have too, until we do the study.”

Among those questions, McLendon said, are: how much would a municipal system cost, would taxes have to be raised, and what changes should or could be made to the curriculum?

The proposal for the study submitted by Coker is organized into ten sections. Click HERE to view the outline.

The council voted unanimously to fund the school system feasibility study in the absence of council member Jean Thompson.