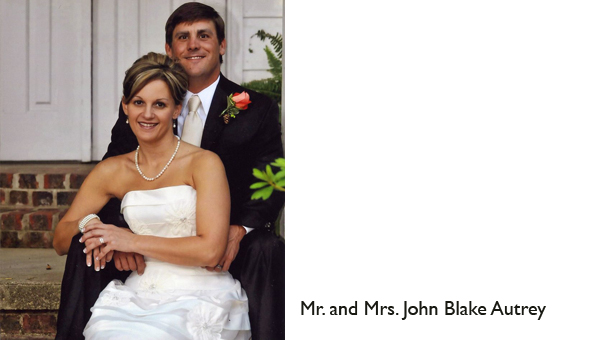 Brandi Mount Burleson and John Blake Autrey were united in marriage at 4 p.m., Saturday, October 9, 2010 at Gaines Ridge in Camden with the Reverend Joe Lisenby officiating.

The bride is the daughter of Donald and Janice Mount of Greenville and Gayle and Byron Stinson of Georgiana. The groom is the son of Johnny and Suellen Autrey of Greenville.
Faith Burleson and Kayla Small served as flower girls for the ceremony.

A reception at Gaines Ridge followed the nuptials.

After a honeymoon trip to Las Vegas, the couple is now residing in Georgiana.